Liverpool Metropolitan Cathedral has announced that this year’s civic mass will be held online.

The mass will take place at 11am on Sunday February 14 from the Liverpool Metropolitan Cathedral.

It will be the first virtual civic mass to take place in the cathedral’s history. The mass celebrates community leadership and welcomes representatives of Merseyside Police and Fire, Armed Services and universities.

In a letter released to Liverpool Town Hall, Cathedral Dean Canon Anthony O’Brien said: “On Sunday at Mass we will be offering prayers for our City and its neighbouring regions that it will recover in time, and that we, its people will come out of this pandemic stronger with a more positive set of priorities.”

Further information on how to donate can be found on the town hall’s website. 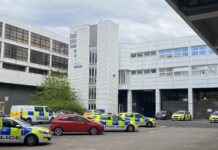