Police are appealing to the public after a woman went missing from her home in Kensington.

Gaynor Keegan, 48, was last seen in the Geneva Road area on October 7. 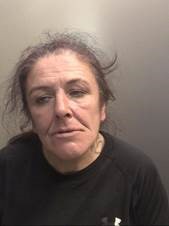 Gaynor is described as white, medium build, 5ft 1in tall, with long black hair, brown eyes and a Liverpool accent.

A Merseyside Police Spokesperson said: “She has tattoos including the word ‘Kevin’ and heart on her neck and the letters ‘SB’ on her left hand.

“When last seen, Gaynor was wearing a black hooded top and pyjama bottoms.”

Gaynor is known to frequent the Kensington and Anfield areas.