Protests have been taking place outside Liverpool’s ACC this week, where campaigners opposed to an arms fair being held at the waterfront venue clashed with police on Tuesday.

Earlier, Merseyside Police had imposed a dispersal zone around the area of the centre in order to control anti-social behaviour.

DISPERSAL ZONE | We have introduced a Dispersal Zone on Liverpool Waterfront today, 11/10 in response to reports of plans to commit criminal damage in the area. Find out more here 👉https://t.co/ou7cQA5P5w pic.twitter.com/U7NwrVt2nY

The group said: “Activists are occupying the site in order to prevent the normalisation of war crimes – war crimes which event attendees facilitate through their export of arms to Israel and elsewhere.”

They said: “We will continue to engage in positive dialogue with the protestors and organisers, and officers will be deployed for the duration of the event to help make sure it passes without further incident.”

Event organisers AOC told the BBC that the fair “serves only the legitimate defence and security industry, which is the most highly and tightly regulated in the world”.

AOC added: “All visitors to our events are vetted and undergo the strictest scrutiny before being allowed access.” 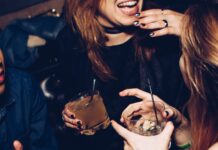 ‘My drink was spiked and nobody believed me’ 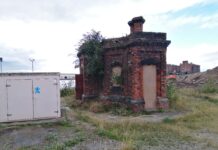 Liverpool personal trainer on a mission to make women healthier