Officers have arrested a man and seized two cannabis farms from addresses in St Helens this week.

On Monday 19 April, St Helens Targeted Team found around 40 cannabis plants and growing equipment after being called to an address in Deerfield Close.

A 36-year-old man from Trafford was arrested on suspicion of cannabis cultivation.

He has since been released under investigation as enquiries continue.

On Tuesday 20 April, officers executed a warrant at an address in Shaw Street, where they seized a cannabis farm of 91 plants along with growing equipment.

The property was made safe and an investigation is underway. 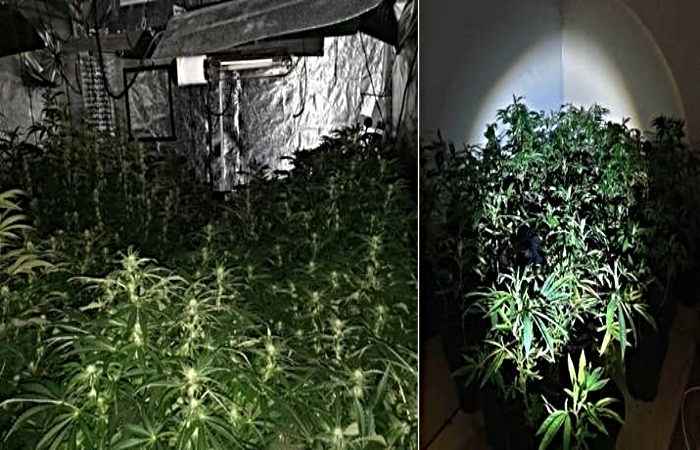 St Helens Targeted Inspector, Rob Budden said: “Criminals involved in the setting up of cannabis farms don’t care about the dangers they pose to neighbouring properties or the impact their illicit trade has on decent members of the public.

“The seizure of two cannabis farms in the St Helens area this week has prevented these drugs from reaching our communities, and has thankfully also prevented potential risks to local residents including fire, flooding and serious violence.

“We carry out proactive work each and every day to target criminals involved in the production and supply of drugs across Merseyside, as well as acting on information given to us by the public, which is vital when it comes to bringing offenders to justice.

“I would encourage our communities to continue to come forward and report it if you have information on serious and organised crime, or suspect someone is involved in the production and supply of drugs. No-one should have to put up with having a cannabis farm next door and the associated violence and gun crime it often brings.”

If you have any information about suspected drug production in your area, please contact @MerPolCC, 101 or Crimestoppers anonymously on 0800 555 111. Always call 999 if a crime is in progress.