The founder of Merseyside Black Lives Matter Alliance has spoken out about the wider impact of the Royal Family’s treatment of Meghan Markle.

Meghan Markle revealed on Monday why she and Harry left their duties as Senior Members of the Royal family.

Founder of the Alliance, Chantelle Lunt, 33, said the revelations send the wrong message to children across the UK, but especially in Liverpool where racism is still rife.

“That black people, no matter what you’re worth, you can still be subordinated.”

Chantelle, from Knowsley, created the alliance in the summer in the wake of the George Floyd Murder.

This is when they realised they needed to highlight the local issues.

Statistics show that in Merseyside, black people are three times more likely to be stopped by police than white people.

“It’s not just with the police, it’s not just in workplaces or communities, it’s absolutely everywhere.”

Recent incidents of violence towards black people in Merseyside include a racially motivated attack on Marvin Tamale.

Marvin was on Bold Street on a day out in the city when he was attacked from behind by a gang using racial slurs.

MBLMA aims to encourage people to become proactive towards the issues of black people as victims and suspects in Merseyside.

Discussing Meghan Markle, Chantelle says she was sad to hear how differently Meghan has been treated.

The founder of MBLMA said: “They chose to let the media run riot and absolutely tear this woman apart.

“It’s quite clear that it’s institutional racism and it just shows how hard it is to call out that kind of behaviour.”

Chantelle believes the decision of the Monarchy to refuse to protect Meghan and her son speaks volumes.

She said: “The fact that they were having conversations, seemingly terrified about what colour his skin was going to be is just horrendous.”

The Royal Family have since made a statement to say they are taking the matter seriously.

They also said they are saddened to learn the full extent of how challenging it has been for Harry and Meghan.

Chantelle argues the news has given the wrong message to young black people.

She said: “You’ve got to see yourself in the world and we don’t see ourselves in the Royal Family.

“When we do see ourselves in the Royal Family, we see how aggressively and angrily they treat us.”

However, Chantelle does not particularly advocate abolishing the Royal Family.

She said: “I’d much rather have seen the Royal Family have black people in it, as it was going to and just have this lovely diverse Royal Family.”

Chantelle continues campaigning online and working with organisations across the city to update local procedures and policies. 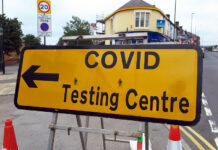 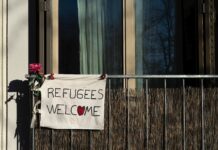