On Monday, 27 Universities, including Liverpool Hope University and University of Liverpool began a five-day walkout over cuts to pensions and deteriorating pay and conditions.

Staff recently took up to 10 days of strike action from Monday February 14 to Wednesday March 2, and prior to that went on strike for three days in December 2021.

Students at the universities have now lost out on roughly three weeks of teaching due to the strike action.

As well as losing in-class teaching, lecturers partaking in the strike action do not respond to emails and are not available for drop-in meetings.

“They have been pushed to breaking point again and again by vice chancellors and are now saying that they are ready to leave the sector entirely.

“If vice chancellors continue to ignore the longstanding concerns of staff, they will threaten the future of higher education in the UK. Universities generate income worth tens of billions and sit on huge reserves.

“They can afford to treat their staff better and would benefit their institutions by doing so.”

Students from Liverpool Hope University have voiced their opinions. Hope UCU members have also explained how they are preventing students from facing the same problems as them. 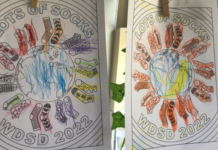