Liverpool reportedly has the highest number of stalking cases in England & Wales.

She told Merseynewslive: “When people make reports to the police, they’re told it’s harassment and there’s nothing the police can do about it.

“When you have a victim of domestic abuse, you can refer them to a Multi-Agency Referral Conference, then we can create a safety plan to protect that family or that female.

“In instances of stalking, we don’t have anything like that at all. We need it…Liverpool is actually the stalking capital of England & Wales.”

Victoria is the ISAC for the Merseyside Domestic Violence Service (MDVS).

The MDVS claims a victim will suffer an average of over 100 stalking incidents before they report it to the police.

Also, one fifth of women and one tenth of men will experience cases of stalking from the age of 16.

Victims of stalking can come forward to the MDVS or the police can refer them to the service.

Victoria said: “We would have a conversation with [the victims] to understand what was going on in their life and what the stalking behaviours were. Then we can do a risk assessment in terms of what risk the stalker and their behaviour is posing.” 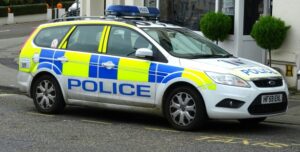 The announcement came after a Prenton woman received a five-year Stalking Protection Order.

Annika Sands, 37, used social media to stalk and threaten the three victims and their families.

Sands stalked her victims in-person and online between November 2019 and May 2021.

Detective Inspector Lynsay Armbruster said: “I would like to commend Sands’ victims for having the courage to come forward and support the police investigation.

“Merseyside Police and our partners are acutely aware that the experience of being stalked can change people’s lives dramatically.

“Victims of stalking offences can quite rightly feel unsettled, distressed and isolated which is why it is important that we get the message out that help and support is always available.”

The five types of stalker

The MDVS uses five different types of stalker to establish their motivations.

Victoria said: “In terms of the police, they don’t tend to categorise the stalker. You need to do that because if you don’t understand their motivation, you can’t manage that risk and you can’t predict what might happen.”

The MDVS will be launching an online stalking support group in the next four weeks.

Victoria said: “This is the first stalking group that’s been set up. There isn’t one in Merseyside at all.”

If you have any information regarding a stalking offence, please contact Merseyside Police on 101, @MerPolCC or Crimestoppers anonymously on 0800 555 111.